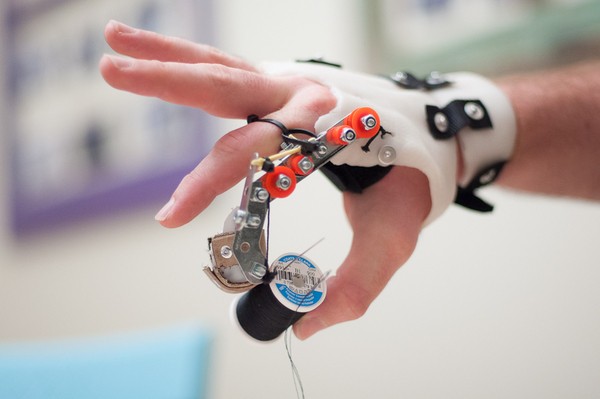 There’s an old saying that, “Out of the blue comes a new ray of hope”! A very good example of this is Mr. Richard Van, a South African craftsman, who lost nearly all the fingers of his right hand in an industrial accident. Out of pain and sorrow of losing his fingers; Richard came with an idea of developing prosthetic fingers to regain the functions of his real fingers and their mobility. To help himself develop his imaginations and ideas into reality, Richard asked for the technical help from Washington based Mr. Ivan Owen, whose mechanical hand prop had impressed Richard a lot (after he had seen it on YouTube). Richard and Ivan together started to discuss and develop their designs and ideas via internet and finally they have come up with something, which could be a wonder for amputees all over the world. 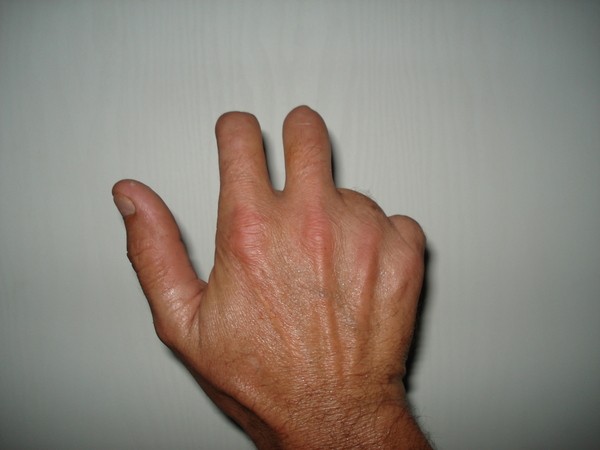 The present prototype (as seen in pictures) is held in-place of a hand mount and it acts like a glove. The mechanical prosthetic finger consists of a rigid lever arm, pulley and a grip pad with fingers. The best thing about this design is that it is quite cost-effective compared to robotic prosthetics available in the market and Richard & Ivan have decided to give this design for free rather registering for a patent. Both the gentlemen have been attempting to raise funding to develop an advanced prototype and have targeted around US $5000 for its development. Both have also offered these prosthetics as an in-expensive, self assembly kit that can help change the lives of many amputees, around the globe at a very less cost.