It was not too long ago that we showcased the LED-lit Fashion Interaction dress from Gholamali Balouch and now we have another beautifully illuminated dress among us. Or at least that is what we thought when we first laid our eyes on the beautiful ‘Wearable Technology Dress’. But apparently it is a lot more. Designed by Chris Mather of New Zealand, the dress is interesting in more ways than one. Even though the designer does not himself reveal a whole lot about the dress, it apparently has fully functional robotic arms that move the dress along when someone is around or when necessary.

The design of the dress does not look all too off and though its creator does not divulge too many details, it is pretty evident that the robotic arms are designed to move the dress along whenever necessary either from a remote control station or using motion sensors, when someone gets a bit too close to the dress. 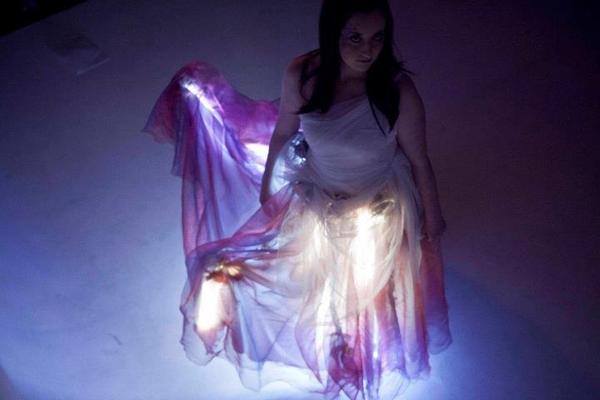 Either way the practicality of it all seems a bit vague and while the robotic arms might be able to gracefully carry the dress when a bride is walking down the aisle (or a model on the ramp), it is hard to really see people sporting stuff that has whole robotic arms hidden inside! Another fashion trend that must have missed the practicality boat… 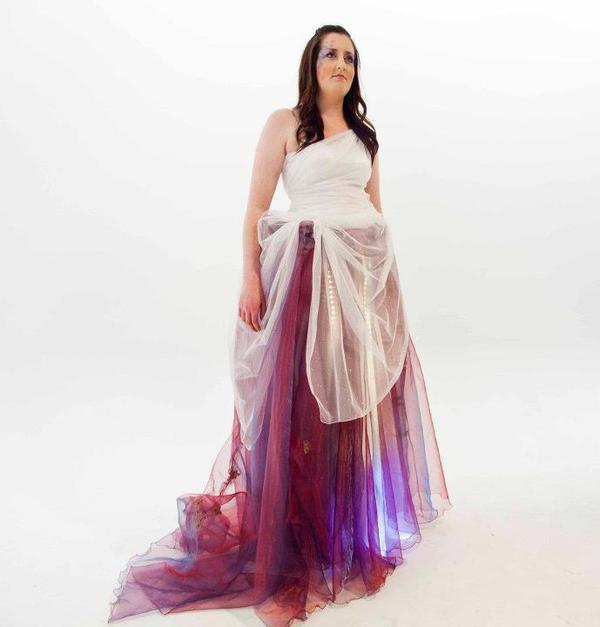