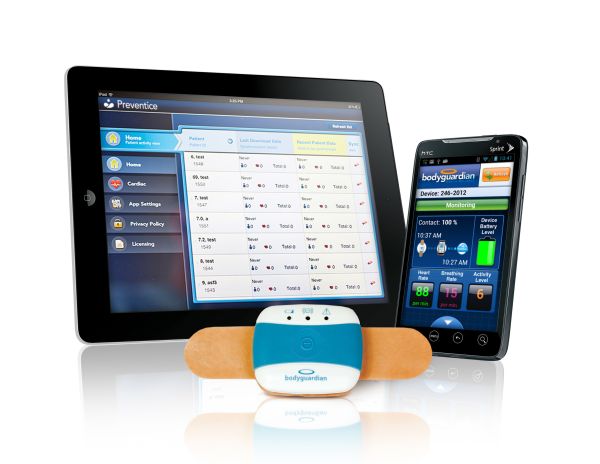 Cardiac arrhythmias alludes to a range of heart conditions that denote unbalanced electrical activity in the heart. The very nature of their abnormality make the conditions hard to either predict or detect, thus resulting in life threatening medical emergencies. In this regard, semiconductor producer firm STMicroelectronics has teamed up with Preventice, a mobile health solution developer, to provide for an effective solution. The solution calls for a ‘real world’ remote monitoring of cardiac arrhythmias, which can be done even form the comfort of the patient’s home.

This smart monitoring device is named as the BodyGuardian RMS. In practice, it will allow physicians to monitor the patient’s heart condition and key biometrics, while the patient would be both mentally and physically free to be engaged in their own personal lives. So, in a nutshell, the device would work like those inconspicuous transmitters worn in the spy movies.

Other than its obvious advantageous effects, the working of the BodyGuardian RMS also seems to be simplistic enough to be easily followed. According to the scientists, the wireless connection is possible because of a small chest attached sensor. This sensor collects all the important biometric data like ECG, heart rate and respiration rate, and then sends them to the doctors through conventional mobile technology. The activation of the body worn sensor is achieved by the crucial clinical algorithms that were developed at Mayo Clinic, combined with advanced micro-controllers and analog components.

Now, beyond the technical aptitude, wireless monitoring systems like the BodyGuardian RMS also possess a huge commercial potential. According to a recent research statistics, the market for advanced patient monitoring systems in United States alone has jumped from $3.9 billion in 2007, to $8.9 billion in 2011. Even more starting are the figures predicted for 2016, where the revenues generated will be expected to cross a whopping $20.9 billion.