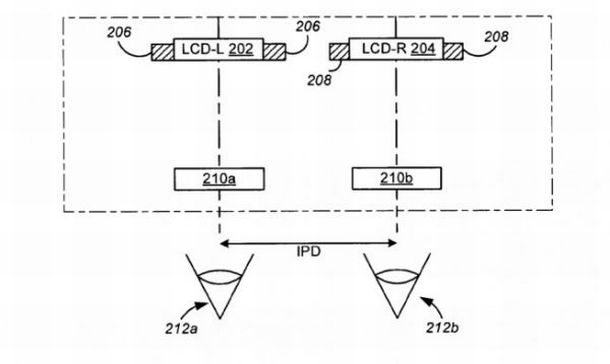 Google Glass has set pace for future of head mounted displays, but it seem Google isn’t the only company trying to make a mark, other companies like Sony and Olympus are also catching up with their respective glasses or wearable displays. And it is just yesterday when Apple has been granted patent for a head mounted display by the US Patent and Trademark Office, which reveals that Apple could be developing augmented reality glasses to rival the much anticipated Google Glasses. The patent titled “Peripheral treatment for head-mounted displays” was originally filled way back in 2006.

Though, the Apple head mounted display patent doesn’t clearly suggest whether the new device will be as mobile as the Google Glass or will it be a more stationery product. There is no evidence to prove that the Apple device will be for the helmet or a pair of glasses, but we learn that the device will have a single or a pair of LED or OLED displays embedded in front or above the wearer’s eyes.

Considering the Apple device could have two displays, we guess it will be able to show content in 3D and have applications useful to defense personal, doctors, scientists, engineers and police officers. The patent hints that the device could use SIRI and communicate with the iPhone for content. There are rumors that Apple already has prototypes ready for a wearable display and Apple is very ably working on the device. Therefore, it’s only matter of time before we see Apple taking on the Google Glass, for now I’ll put my money on Google. 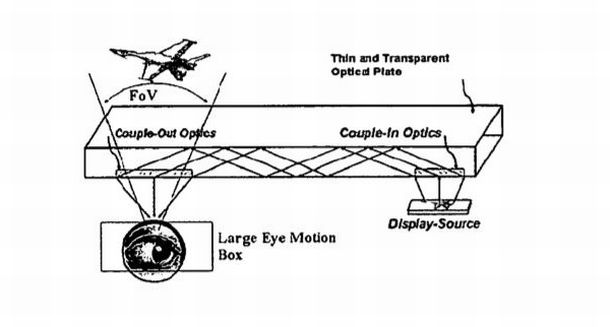 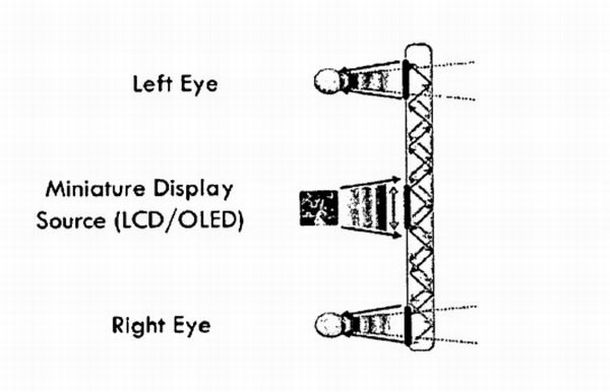