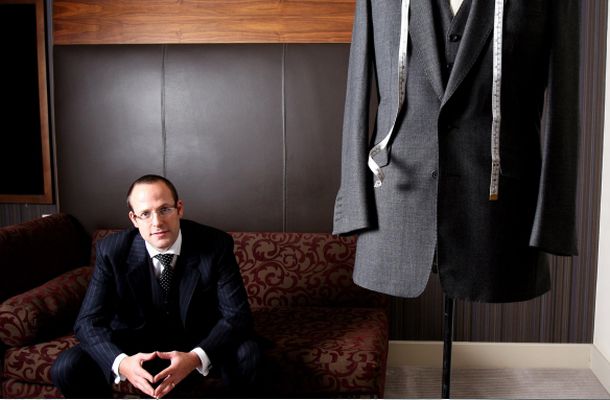 Slaithwaite-based John Cavendish Ltd has come up with world’s first garment with plant DNA to prevent counterfeiting. Tailor James Michelsberg, who made the suit, believes that the botanical DNA works in the same way as us having our own fingerprint This sounds like the methods we have seen in detective TV shows or movies, but it’s true that it will be a milestone against fighting the counterfeiting which has emerged as the biggest problem for textiles industry. The Textile Centre of Excellence and APDN had started working on the project six month ago and now ended up with the first Men’s DNA Jacket. To create this, the fibers to be used to make the suit were immersed in the DNA to get the intended results. Now, it will be possible to check the authenticity of the goods and to get all the details like what raw material was used, who wove it, and who sold it etc. The makers believe it to be the latest and most effective weapon for fighting against counterfeit goods. The estimated price of the suit is about £600.